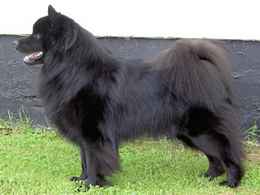 Swedish lapphund pet was discovered in Norway of 7000 year old skeletal remains similar to today’s lupphund shows just how long these dogs have been established.lapphunds were used by Sami people to herd and guard their reindeer, but as the Sami way of life changed in the 20th century ,the breed declined. A revival programme in the 1960s gave us today’s dog. The breed is becoming more popular elsewhere in Scandinavia, and in Britain, as an active, steady companion