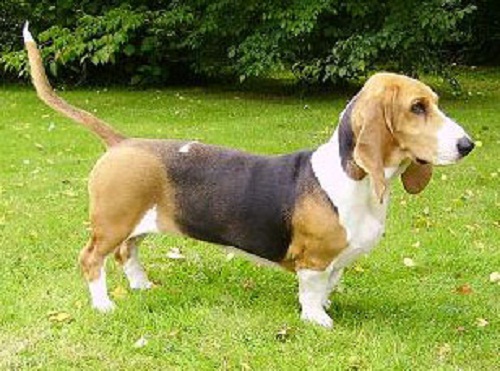 This most common of all French bassets originated, as its name says, in artois and Normandy . the English basset hound has its origins in this ancient French breed , As with its short-legged brethren , the wars of the 20th century drastically reduced its numbers , but it was saved from extinction by dedicated breeders . a Version of this breed known as the Basset d’artois is shorter at the withers and lighter in weight . both dogs happily work alone or in a pack.

Their long backs and short legs mean that all bassets are more susceptible than average to slipped discs.