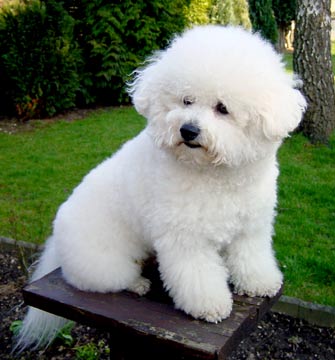 The bichon frise originated in the mediterraneon region , and by the 14th century it has been taken to Tenerife , hence it other name of Tenerife dog . by the 15th century it was a favourite at court , but after that it fell into obscurity until its successful resurgence in the 1970s

Of power-puff appearance . the bichon makes a good tempered family dog . it is so amenable to training that it has been proved itself at herding sheep . the coat needs daily grooming m and the teeth and gums require attension . however , unlike many – haired breeds , the bichon has fewer allergic skin problems.