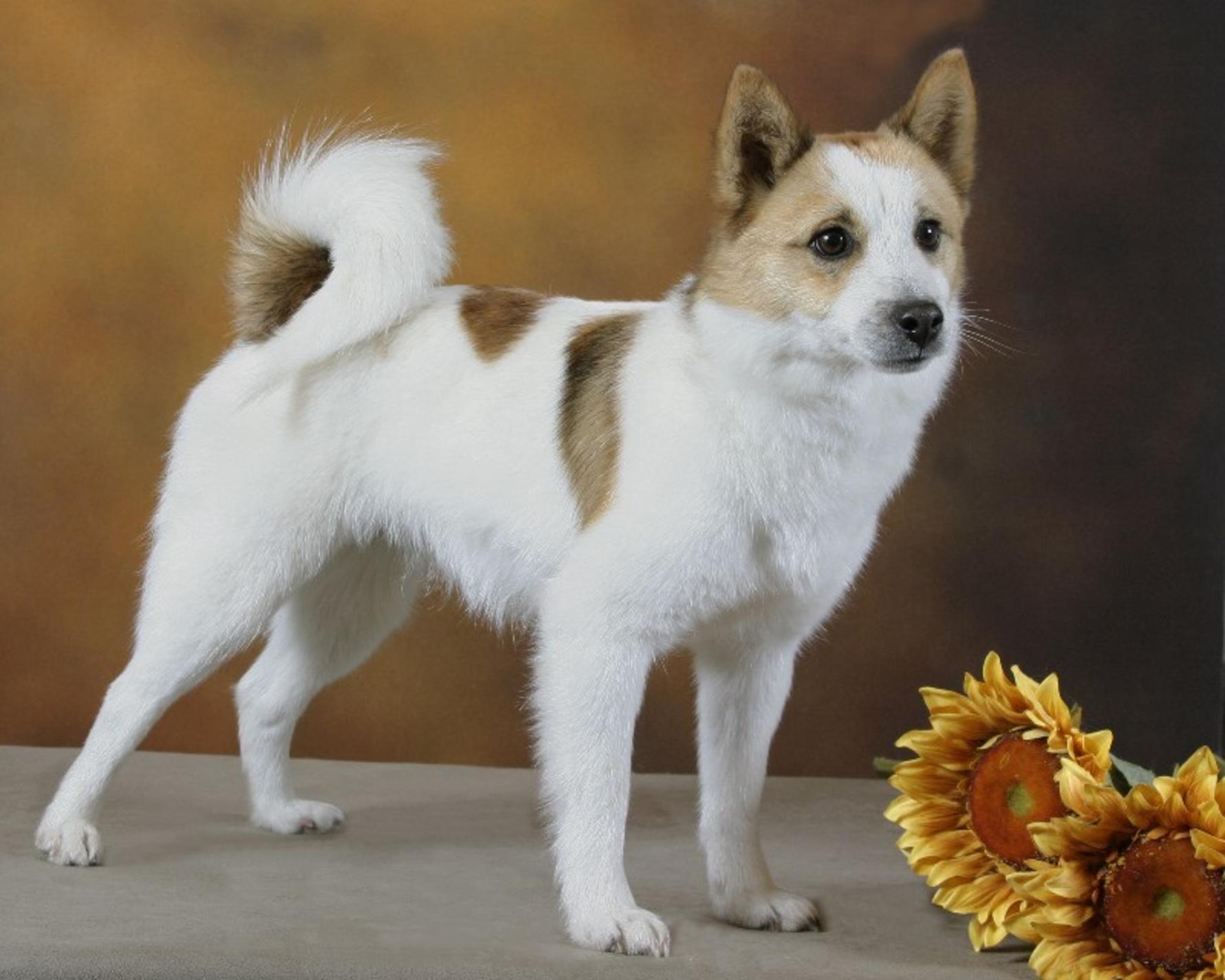 Colour:brown and white , red and white

Similar in form and function to slightly larger Finnish Spitz , the Nordic spitz , or norbottenspets, hails from Sweden . It was first used to hunt squirrels when their furs were still traded and then later used for game birds such as black grouse . Today it is still used as a gundog and makes a good guard dog though most are now kept as companions . The breeds popularity waned in the first half of 20th century , when it became almost extinct , it was rescued by Swedish breeders , but this active , strong -willed dog remains rare outside it’s homeland