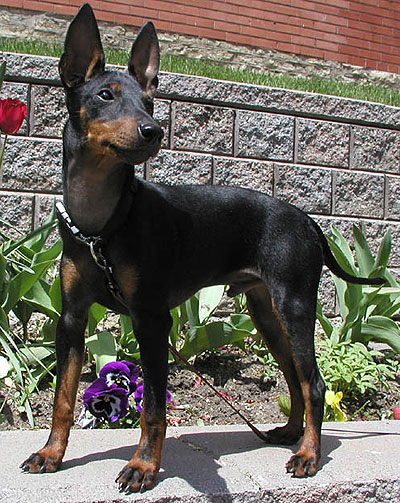 Black and tan terrier have been known in Britain since the middle edges . in the 19th century , a Manchester breeder named JOHN HULME crossed them with whippets to produce this athletic breed , which became immensely popular as the English gentleman’s terrier . it was then exported to Europe and north America . prized as a ratter , its numbers waned with the decline of rat-baiting , and it is now rare , this terrier’s independent streak , combined with a tendency to snap first and ask questions later, make it a challenging choice .