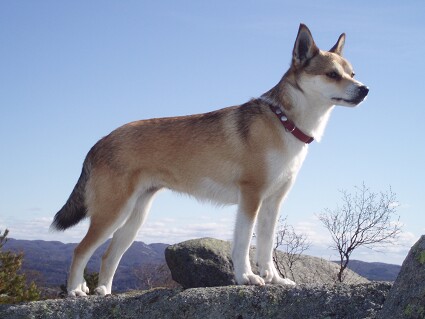 This agile little breed’s name translates as puffin dog – historically it was used in Norway to hunt puffins from their nests on cliff faces . its physically adaptations include paws with exceptionally large pads , double dewclaws , and extra toes , which helped give excellent grip as it hunted . its erect ears have a soft fold across the cartilage that allows them to fold down for protection . when puffins became a protected species . the lundehund , which was only recognized in 1943 , almost died out , and it remains rare . individuals can suffer from serious digestive disorders