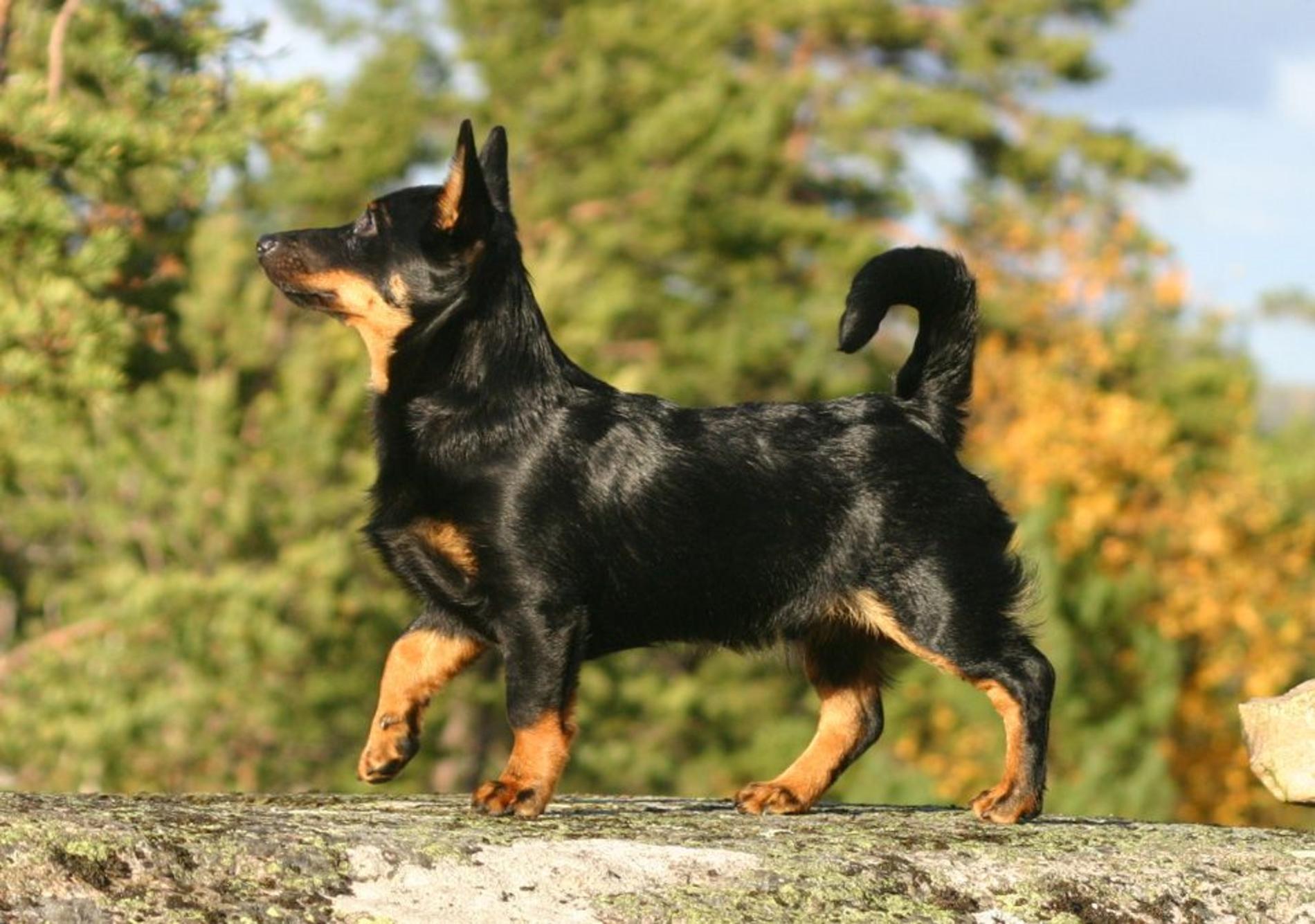 Size :3-6kg (7-13lb), 25-31cm(10-12in)
Grooming: average
Training:time consuming
Colour:black and tan
wheelers drove livestock by nipping their heels ,but they become nearly extinct in the 20th century .this sturdy recreation was developed in 1960s from mainly Welsh Corgi and Manchester terrier crosses , while it looks like a heeler,it does not behave like one ,which is an advantage in a companion breed . Instead it’s terrier origins make it an alert rather .