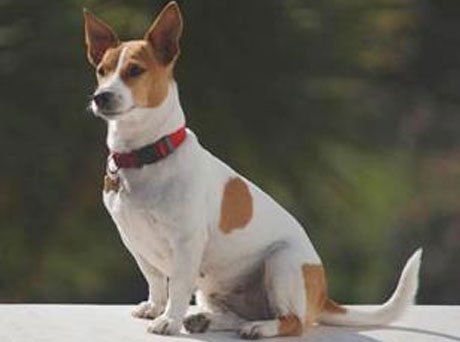 Immensely popular in  Britain , this breed was developed as a ratter in 19th century devon, England , by reverend john rossell , the sporting parson . it retains all of its terrier instincts , and is feisty and outgoing , generally exuberant and effectionate , but needing competent discipline to curb its more aggressive tendencies . explorer sir Ranulph Fiennes walked his Jack RUSSELL, to both the north and south poles , testament to how much exercise these rugged little dogs crave.

The waterproof double coat may be smooth –or wire-haired , the build is short legged and muscular , and the long head has generally folded ears , as working dogs , Jack Russells originally had their tails cut short, a habit that persists in some breed registries . until recently , the name JACK RUSSELL was also used to describe the type now called the PARSON RUSSELL TERRIER