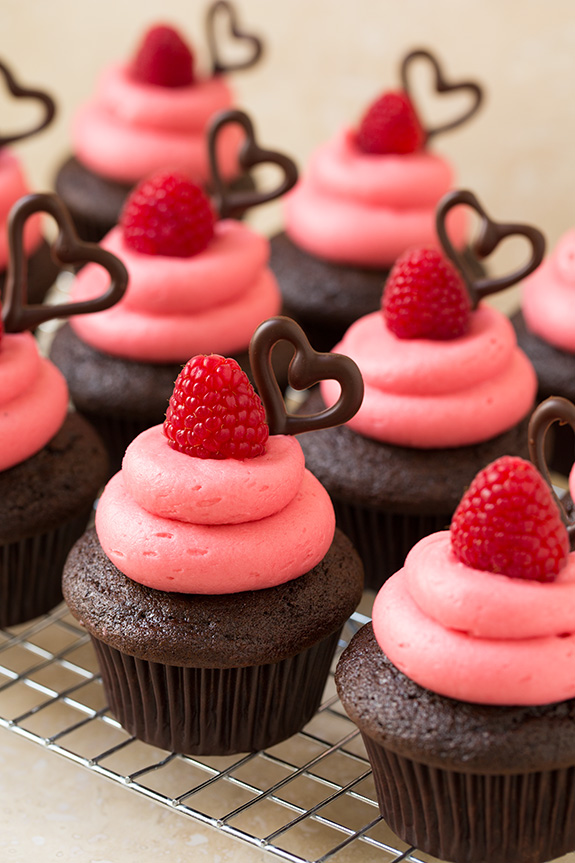 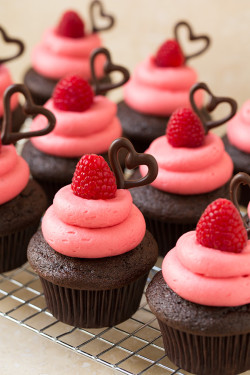 If you’d like to make the chocolate hearts for decoration, I simply melted about 2 ounces of dark chocolate in the microwave on 50% power in 20 second increments, stirring between intervals until melted and smooth. Let it cool slightly then transfer to a piping bag fitted with a small plain round tip. Over a baking sheet lined with waxed paper, pipe heart shapes with a small stick on the end (which will poke down into the frosting and hold it up). Let set in refrigerator until firm then gently peel from parchment while chocolate is still cold.