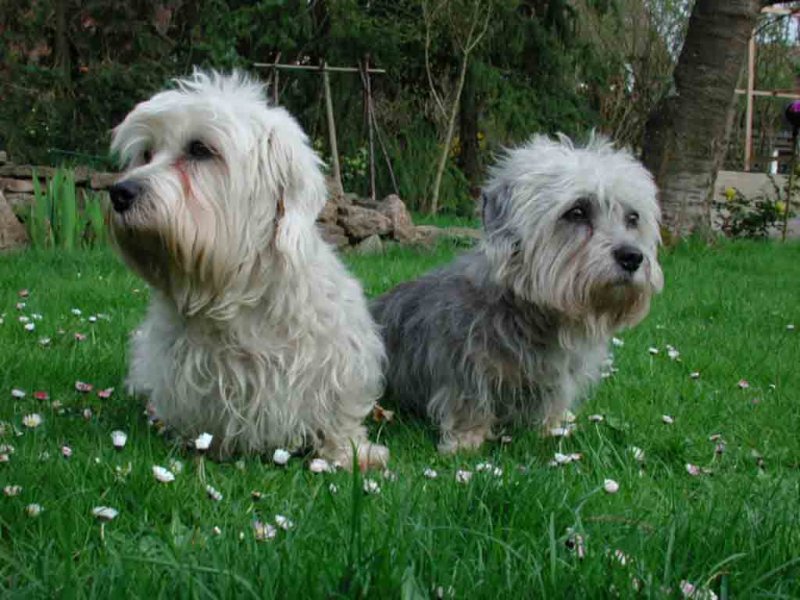 Size :8-11kg (18-24lb), 20-28cm(8-11in)
Grooming: average
Training:average
An oddity in more than one way , this dog is quite unlike other terrier , it is a peaceable , intensely loyal little character , relaxed around children and other dogs , although it has a surprisingly powerful bark and will fight if pushed . The breeds one drawback is a tendency to spinal problems due to it’s long back and short legs . That is named after fictional character in sir Walter Scott’s 1815 novel , guy mannering, (although it appeared in paintings of the aristocracy centuries before this ) indicates how little is known of it’s origins .one theory is that the dandie dinmont terrier may be descended from the gypsies dogs of southern Scotland