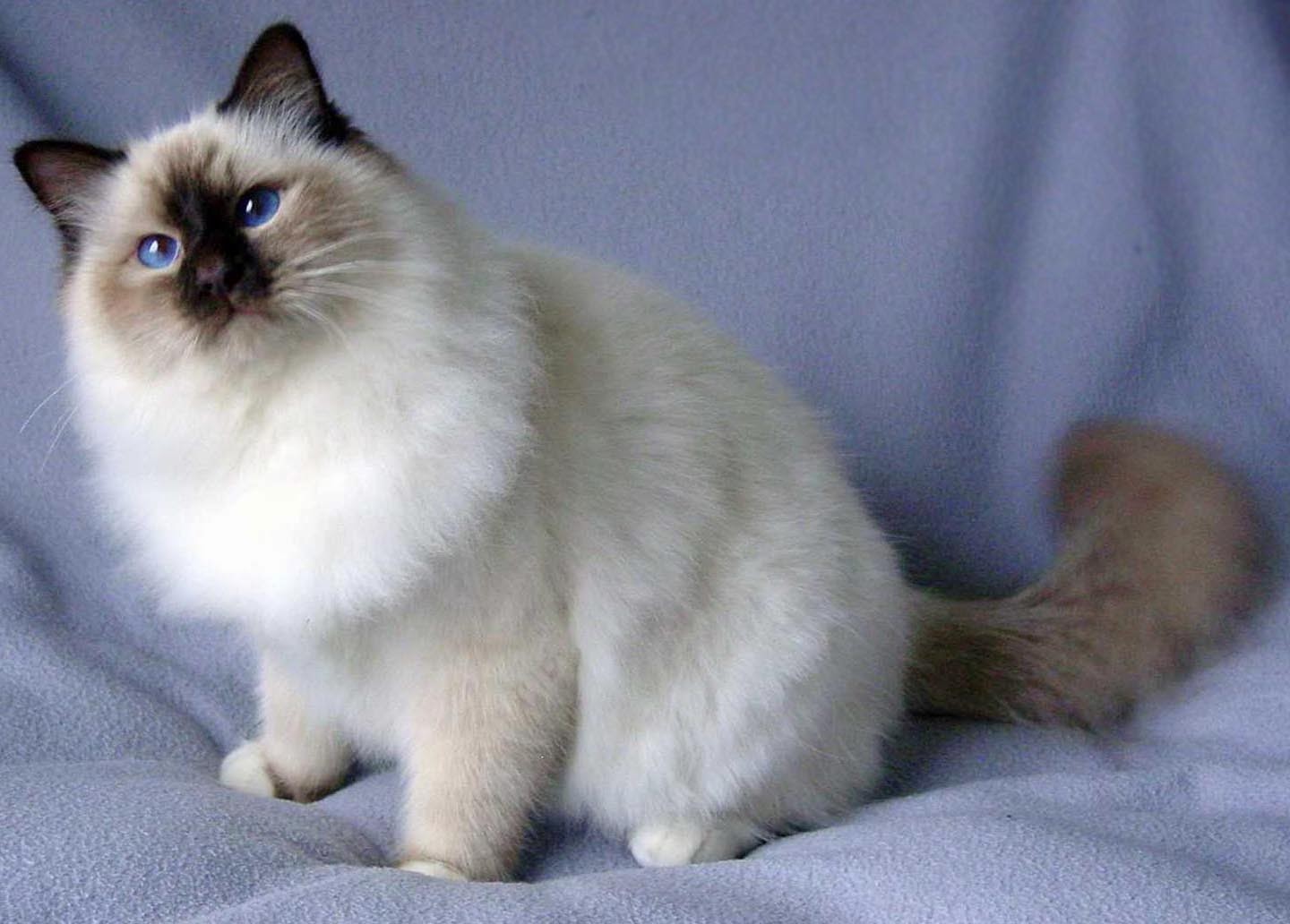 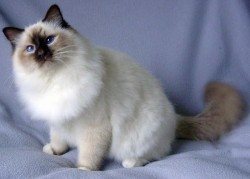 About the Birman cat breed

With beautiful silky fur, inquisitive blue eyes and of course those pure white paws and big bushy tail, the Birman is one of the most eye-catching of cat breeds, and certainly one of the most loving, which has led many to put them on a pedestal as the perfect pet.

Birmans are a medium-sized breed with semi-longhaired, silky coats. They have moderately set ears and round, sapphire-blue eyes. The breed is always pointed, with colour developing on the face, ears, legs and tail. Their coats are usually cream rather than white, but this depends on the colourpoint.

There are 20 colours available, including the original and most popular seal-point. Lilac-, cream- and red-points are the most delicate-looking of the breed, but you can also find Birmans in blue and chocolate

It is claimed that Birmans were originally kept as companions by holy monks living in the mountains of Burma, at the Temple of Lao-Tsun. The first two Birmans to reach Europe were sent to France as a gift to Major Gordon Russell and Auguste Pavie, who helped to defend the Temple in the early 1900s. The male cat died on the long sea voyage, but the female was pregnant and she produced the first litter of European Birmans.

Sadly few Birmans survived World War II, and it is only because of the dedication of their breeders that they still exist today. By 1955 the breed was very popular all over Europe and was imported to Australia in the 60s. When Elsie Fisher and Margaret Richards saw the cats in France in 1964, they fell in love and worked on getting Birmans into the UK. The breed was recognised by the GCCF in 1966 and has continued to flourish ever since. 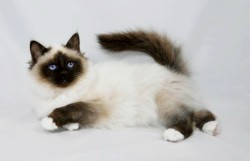 Generally a very healthy breed, Birmans — as with other semi-longhaired breeds — do suffer occasionally , although breeders continue to make sure that affected cats are not used for future development. You’ll need to watch out for signs of kidney disease too. Birmans are not difficult, or particularly expensive, to keep and any good quality proprietary cat food for their diet will be fine.

They have no undercoat so they’re less prone to matting and, other than a yearly moult to shed their winter coat, they only need a quick brush once or twice a week. Sylvia also recommends regular dental check-ups to keep teeth healthy, and claws are easily clipped to keep them furniture-friendly — like grooming, start training your kitten to accept having his claws clipped from an early age to avoid any dramas as he gets older.

Is this the cat for you?

If you’re looking for an affectionate cat who loves playing as much as snoozing, the Birman could be the cat for you. If you live near a busy road or you don’t have a garden, a Birman can enjoy life as an indoor cat — but make sure there are plenty of toys and activities to keep him occupied. If you decide to let him out, try to keep him in a safe, enclosed area so that he doesn’t roam too far. Birmans cannot cope very well on their own, so owners who work all day would do well to make sure their cat has a companion — another Birman would be perfect, so they can keep each other entertained.